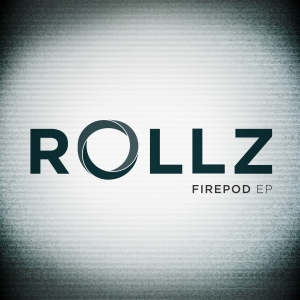 Having ascended the bass music ranks with startling speed, Rollz is quickly garnering the attention of all the right people with his intricate, emotive and powerful productions. The past year Rollz has become an increasingly prominent force in bass music, picking up support from a number of heavy hitters including BBC Radio One tastemakers Zane Lowe and Annie Mac. Now capping off a stellar year this prodigious talent is returning to Pilot Records with his new ‘Firepod’ EP which is set for release on 26th November.
EP opener ‘Alive’ featuring Takura showcases just why there is so much excitement surrounding this thoroughly uncategorizable producer and has been championed as a staple in Knife Party’s sets over the summer. Open on a soft wash of melody and the soulful vocals of Takura, the track’s breakdown unravels into a heavy 4/4 stomp and a splayed bassline that reverberates through the track. For those whole like their beats pure, the EP also comes with the instrumental for additional club artillery. Up next, ‘Isotonic’s’ shimmering synths are quickly absorbed into a high energy blend of concrete drums and growling bass, aided by the deft melodic flourishes. ‘Triple A’ opens softly with its sweeping pads and ethereal flickering synths, disappearing into silence only to emerge with a renewed energy as Rollz unleashes tight drum & bass breaks, burrowing bass and flashes of colour. Completing the package, ‘Madrid’ eases in with an introduction full of street life ambience evocative of the hustle and bustle of city sounds and textures. The delicate piano melody and soft female vocal emerge from this ether before the record spontaneously dives into an upbeat dance floor filler backed by rolling bass and bumpy grooves.
The five-track ‘Firepod’ EP is a collection of finely tuned records that blend an eclectic array of influences, reinvented as something entirely new and unique. With the young producer being tipped for greatness by a number of electronic music’s heavyweights, with over five million hits on YouTube, with music on Pilot Records, Hospital, Ministry of Sound, and even 21st Century Fox, Rollz has earned his respected reputation and is set to continue his ascent right through 2013. Having recently remixed Example’s next track ‘Close Enemies’ and Labrinth & Emeli Sande’s number 1 track ‘Beneath Your Beautiful’, Rollz’s production talent is in high demand.
http://www.facebook.com/RollzUk